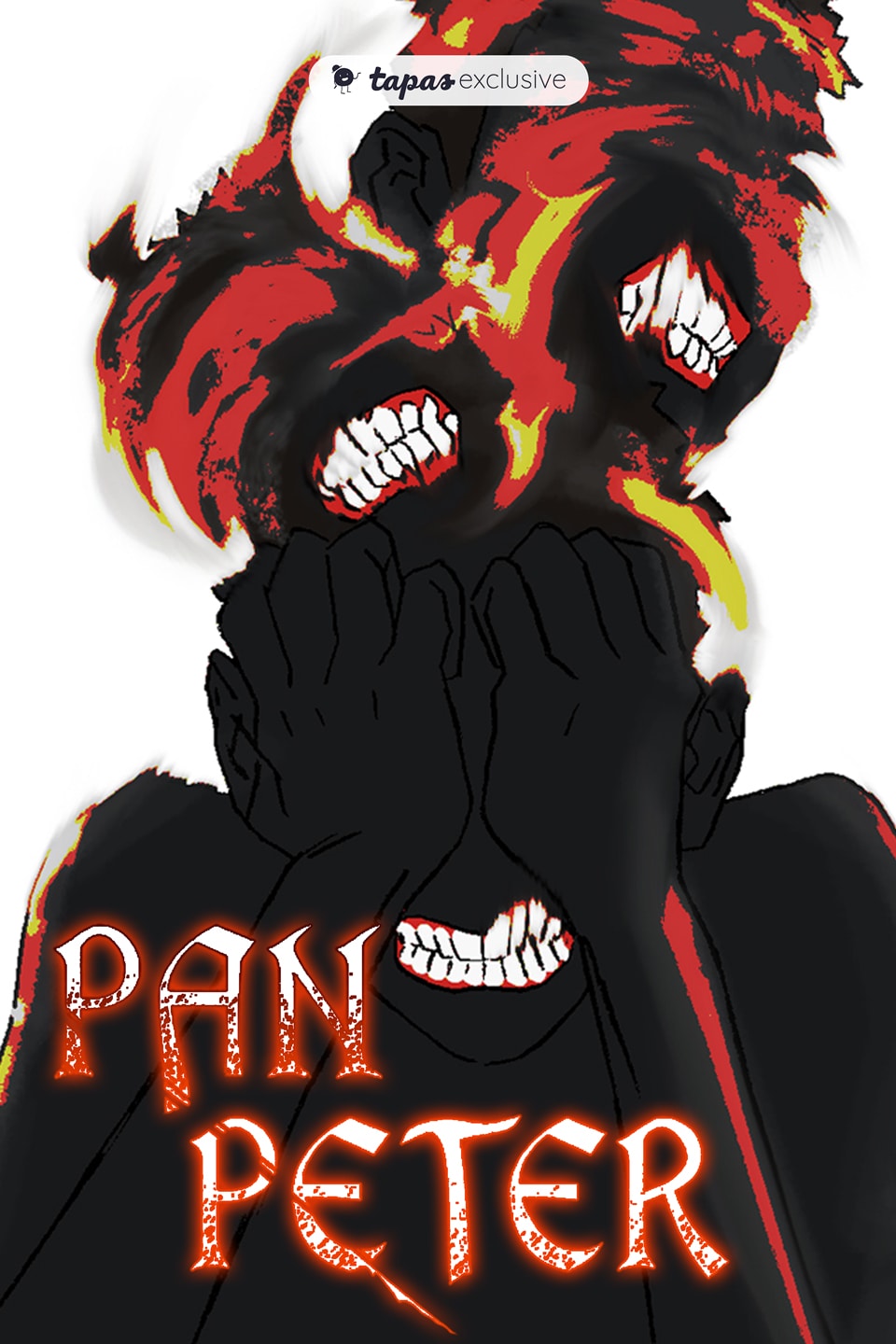 There is no glamorization of school bullying with Peter Pan. He’s back with a whole new game! He’s out to punish bad children! Will there be a happy ending for anyone involved? (Credit: Jang Maro) 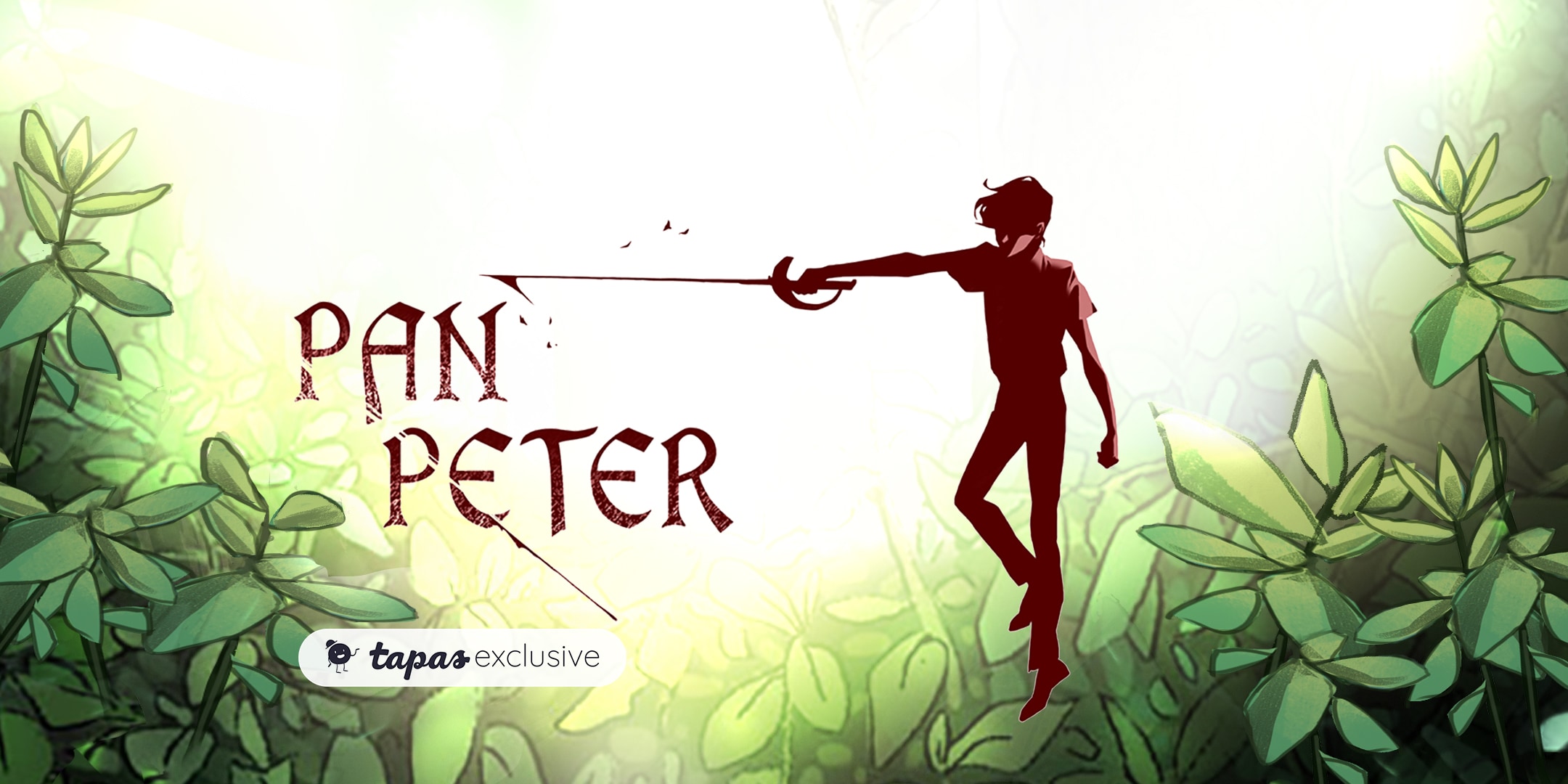 Pan Peter follows the story of a child named Peter Pan granting favors to those who bully kids. These victims would ask Peter to take revenge for them, and in return, they would agree to go with him to Neverland.

First of all, I want to compliment this story for it’s dark atmosphere and great story telling. It paced itself rather nicely up until around chapter 70+. (It kinda picked up pace, but I’ll explain why later.) The art may not be everyone’s cup of tea, but it fit the horror aesthetic so well. There was a lot of graphic images, so if you don’t have the stomach for it, this story may not be for you, but these images were very raw and vivid that it kept me on my feet. Overall, I really enjoyed reading it, up until around the last chapter. (Again, I’ll explain.)

So with that out of the way, let’s critique it.

As I read up unto the 2nd arc for the 2nd victim I started to realize that Peter’s mentality was too simple. It fit his childlike way of thinking, but it was too self-refuting that it lowered my expectations for him.

Peter has a simple way of thinking, that is, if you hurt the victim, than you are dubbed the villain of the story. No matter how much you wanted to change, the seed of evil had already grown inside the villain making them irredeemable. So, in Peter’s mind, he had to eradicate the threat of the victims, and this would in turn make them happy.

There were a few flaws with this, that actually ended up being realized later in the story by the children (but they never changed there way of thinking even if they realized the problem). One flaw was that the children who were victimized ended up wishing for the revenge of their villain. This in turn made them no better than the villains. Wanting revenge didn’t justify their pain, because the amount of pain they inflicted was amplified a greater amount then they received.

This also led them to become villain-like, and in one instance, the seed had sprouted in one of the victims making him a villain as well. After this happened, Peter only blamed himself and could no longer help the child.

The other flaw was the fact that Peter was self-refutable. The only person who pronounced whether someone was a villain or a victim was Peter. The main problem was that the villains weren’t entirely villains. They were victims too, but they weren’t victims of other children. They were the victims of adults (mainly their parents or teachers) who had abused them.

Yet, Peter did not listen to their pleas, not did he consider the justifications for why they lashed out. These villains had suffered as much as the people who were victims but they had to play the role of a villain because Peter wished it and instead suffered even more.

So the issue is, is that Peter gave himself the authority to condemn these children. It helps that he wasn’t even the rule maker of the game he played (that was Wendy/Lucy). So how come he had the authority to decide who dies and who is saved?

Some children actually saw the issue of this, and three (if I counted right) ended up going against him because they saw that there was no objective moral. Since Peter came up with who was right and who was wrong, without regarding all the evidence that was presented to him (he just had to look into the villains’ hearts, and know they weren’t entirely evil), those three had enough, and knew that they would never be happy with Peter.

Since Peter realized he couldn’t make the children happy, he finally started to question what he was doing. But it didn’t last long. The story kind of picked up rather fast after the author came back from hiatus, and Peter didn’t really get to reflect on his actions. In fact it was kind of interrupted by a different event. Still, the ending kind of touched this by having the children realize their mistakes, but again, it was just touched on, and didn’t go much further.

Actually, I had a little issues with the ending, but I cannot deny it fits the dark aesthetic of the story. Like I said, the children who were victims and Peter had a small epiphany of the their refutable thinking. But they did not face up their problems. Even Peter, who had many problems did not face up to them. (I won’t say what they were so that there is still a bit of surprise when you read.) Instead they all decided to put them on pause, then deal with them later after they finished their lives and went to Neverland. To me this felt like an incomplete ending, sure it fits the theme of hopelessness, but once you read it yourself, you feel kind of unsatisfied with the ending.

Rather the ending felt like this: if this story was a video game, with three endings (good, normal, and bad) it took the normal end. Usually a good end is not just a happy end, but it’s the ending where you collect the most data and find the truth of the story. The normal end is just a route that’s a route that’s taken that leaves some resolution but doesn’t complete the story.

It’s not because it was unhappy, but because it didn’t really give a resolution to a few things. I’m not saying there was no resolution, but I’m saying that it didn’t quite explain much further or reflect much on the important parts of the story. For me, I felt no assurance with this.

Overall, I was still impressed with this piece, and if I compared it to everything else I have read this summer, it is still one of my favorite comics. It might not be a story for everyone, but I don’t regret reading it, in fact, I’m happy I got to know it and all the characters.

Hello! If you want to follow the story too then go here! I didn’t put many images out of respect for the author and the fact that this is an exclusive comic on Tapastic. But you can start reading some of the chapters and see them for yourself.

As for me, I’ve been gone for about a year. Wow, I know. XD I hope to read more stories like this and provide more content. I’ve been super busy, and for a while, I even took a break to draw instead of read. But now I’m reading more then ever, and I feel like I’m kinda in the swing of things. So see you next time!