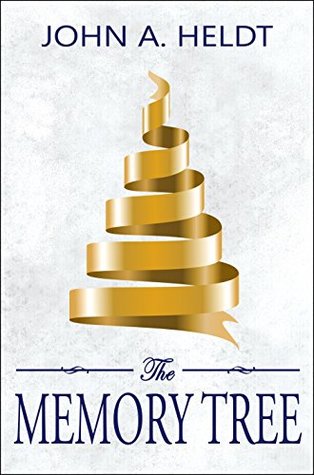 Days after barely escaping 1889 with their lives, the Carsons, siblings from the present day, resume their search for their missing parents in 1918. While Adam and his pregnant wife, Bridget, settle in Minnesota, unaware of a wildfire that will kill hundreds, Greg seeks clues in his great-grandparents’ Mexico, where he finds love, danger, and enemies. At the same time, Natalie, the ambitious journalist, follows a trail to World War I France, and teen twins Cody and Caitlin rekindle a friendship with an old Pennsylvania friend haunted by her past. In THE MEMORY TREE, the sweeping sequel to RIVER RISING, several time travelers find answers and meaning as they continue the adventure of a lifetime in the age of doughboys, silent movies, and Model T’s. (Credit: Goodreads)

The Memory Tree is the newest installment of the Carson Chronicles. So far there are 2 books in the series. I’ve received a copy from the author in exchange for a review.

Once again, I highly admired another one of John A. Heldt’s books. This one in particular was captivating, between a the well-developed relationships, strong character backgrounds, and thorough explanations, this turned out to be one of my favorites I’ve read so far.

Taking place in the early 1900s, this is a historical feature that not only educates, but also helps to reevaluate the past. I’m always up for any good book that’ll transport me back in time, and this certainly was right up my alley. Though I would say that a majority of what you’ll read focuses more on family relationships and strong bonds, but it still holds a nice balance to preserving the past.

The characters were extremely well built. I enjoyed seeing them learn and grow together, and help each other out from time to time. The Carsons all were very open-minded with each other and their surroundings. They had each others backs for every step of the way, no matter how far apart they were from each other. I liked seeing them this way, even the youngest of the bunch were very mature and rational about their decisions.

The writing was very thorough in explaining the Carsons’ plans. Not a detail was left out, and the ideas were very thought out and practical (while being a little out of the box as well). If I had to describe what I was reading, it’d be very straight forward. I was able to predict some of the characters’ motives, and figure out how they were going to find a solution. Sometimes, there were times when characters would info dump a little about themselves, but it was still entertaining to read. (And who doesn’t mind info dumping now and then, it’s sometimes fun to do.)

It was especially nice to see that the Carson family continuing to grow. We see some new characters, but also a lot of older ones. Either way, there was never a dry moment in the Carson family. Each had a specific role to play, and all of them worked together to achieve their own individual goals. Sometimes they experienced heartbreak and tragedy, but they were able to lean on each other for support.

Overall, this was an amazing new installment, and I’d like to see where the Carson family will take me next.

3 thoughts on “Review: The Memory Tree”