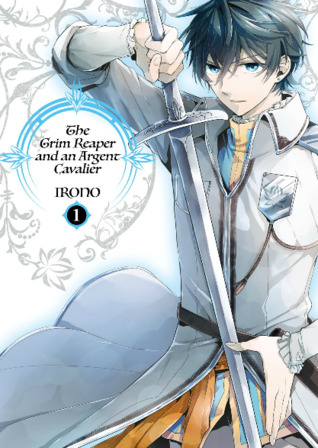 In order to attain immortality, the Grim Reaper began devouring the souls of people. To gather more souls, he created the Larvae and unleashed them upon the world.

This is simply one of the best series I’ve read in a very long time.

The story was executed very well, it didn’t feel rushed or dropped my interest in the slightest. And each chapter revealed a new mystery and I found myself grasping for more. Sometimes the cliffhangers left me in shock, and I just needed to get through the next page mentally prepared.

I don’t know if I have the right words to describe just how well thought out this story felt. It certainly had a lot of promise, and that potential kept building and building. I didn’t feel tired of reading it, or felt as if it was too hard to handle (sometimes overly exciting stories will do that to me).

It also didn’t fail to make me laugh. You wouldn’t really imagine that this series could with the dark atmosphere the story left behind, but it did. I felt that a lot of the comedy bits were well timed, and very appropriate for the situation.

Not only that, but the characters were incredible. This series had an abundance of strong female leads like Reinette and Rose on the side against the Reaper, and some even over on the villains side as well. I also fell in love with Bright’s character because of his energetic personality, and Aster’s calm demeanor but with a sense of protectiveness to others. All of them are near and dear to me, and basically won me over ever since they were introduced. (Even the Reaper if you could believe it.)

There were a lot of side canon ships too, which I highly enjoyed reading. The story doesn’t center itself on them, they’re like afterthoughts, but I liked thinking about all the hints that were thrown at me. Though I still see Reinette and Cyan as more of a brother-sister dynamic than a romantic one. But all the relationships tugged at my heart, no matter the kind, and I felt myself loving this story all the more.

The art is just amazing as well. It’s so elegant, and it captured my eye from the moment I laid them on the cover. The colored pages too, were very pretty, and I didn’t want to look away.

There’s a lot of gore and action scenes, so be prepared, but they all were captured nicely in this story. If you love to read about bishounens in action (and who doesn’t), or if you’re not afraid to read dark and heavy stories, then you will enjoy this!

2 thoughts on “Series Review: The Grim Reaper and an Argent Cavalier”