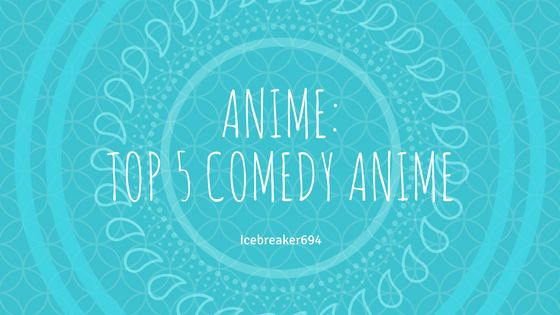 So, usually Fridays are always review posts. But since I haven’t really been reading lately, and I’ve run out of reviews to post of older books, I’m going to start posting reviews whenever I’m able, or feel like it. I might make them still go up on Fridays, but I might also change it so that there’s no said day.

But thanks for reading my reviews so far, and for giving me all the nice feedback. I hope to make more whenever I can!

To fill the new Friday void, I bring to you another post… on anime. I was planning to start another weekly meme post, but I kinda had ideas for this one, and it just kinda happened.

Now, to delve into more of my mood playlists *cough cough* the anime one *cough* and get this show on the road.

*This list is just personal preference. It’s in no way based of of any popularity polls. Also this is in no particular order.*

Well, this was gong to be on the list whether you liked it or not. XD

DLOHSB, or Danshi Koukousei no Nichijou, is a slice of life comedy about boys who, you guessed it, go to an all boys’ highschool. There are mini shorts comprised in each episode, that make you gawk, laugh, cringe, and fall off your bed with ridiculous jokes. This show has a lot of slapstick comedy that will leave you speechless, or utterly confused.

But either way, it’s a really good show, and I haven’t laughed that much for a comedy show in so long.

The Devil is a Part-Timer!

The Devil is a Part-Timer is pretty know, mainly because of it’s availability to viewers. But it’s still a sure comedy, with lots of humor about Maou, literally Satan, as a MgRonald’s worker and living on Earth. (There’s a lot of references to things like this.) The ending may not have been as clear cut as we all wanted, but the jokes sure made up for it.

The Royal Tutor, or Oushitsu Kyoushi Heine, is a show with light visual comedy and is is sweet overall. It isn’t as heavily fill with bouts of humor like DLOHB, but it has enough to get that funny bone tingling. (That was badly said. XD) I wouldn’t say the show is fully a comedy show, it has some serious moments, but it’s good enough to make this list. 😉

I know what you’re say, “But this is a parody.” Very true, but it still makes my list.

One-Punch Man follows the daily life of Saitama, a hero who is not recognized by other heroes, yet he’s probably the strongest of them all. He defeats villains with a single punch, and is always bored because no one can rival his power. This is a show that also has a lot of ridiculous slap-stick comedy, and is fun for everyone. If you haven’t seen this already, I encourage that you do. It’s available for Netflix and I’m assuming a few other places, except CrunchyRoll.

Also, haven’t ya heard, season two will be out soon.

If you’re a fan of Blend S, or any other office/working type anime, then this is a good show to also watch. You get to watch the daily lives of civil servants as they struggle with talkative customers, awkward office romances, fun nights out, and little sisters who like to visit the work place. It’s a cute show with lots of light and fun comedy that I really enjoyed.

Any comedy anime to recommend? Anything you feel I should watch in general? Well, now YOU CAN! With this Google form here. *Insert air horns*

Who knows? Maybe I can make this into a post somehow, we’ll see. I’ll fiddle with more forms in the future.