Today, I bring you a special post! It’s a lot different from my other ones, but one that I hope you would appreciate. 🙂

How many of you book bloggers have heard of Noblebright Fantasy? It’s okay if you haven’t. If you do not know what the term means, just below there’s a great description of it. It’s not as common as a genre, but it’s growing! And hopefully after this post, you are more aware of it!

Now don’t let me keep you! Let’s get on with the post!

**Giveaway link is at the bottom.**

Do you know about Noblebright Fantasy?

Noblebright Fantasy refers to stories in which the main motivation of the characters is an altruistic proposal or quest, and the world in which they live upholds hope and the possibility of better. Noblebright characters choose to act with kindness and honor, are rewarded for their good qualities, and their world, although not perfect, is beautiful and valuable.

Brand new Epic/High Fantasy collection “Heroes and Swords”, brings you a selection of Noblebright stories with strong heroes and magical worlds that will take you back to the times of classic fantasy. Here’s a sneak peek of what you’ll find!

Astrid assumed all dragons should be killed – until she met one that changed her mind.
In the medieval Northlands, a dangerous family seeks power.
They slaughter all who get in their way.
Children’s rhymes hint at what’s to come, but no one recognizes the danger at hand.
Astrid doesn’t know she holds the key to this power.
She’s just a blacksmith who makes swords for dragonslayers.
But Astrid has a dark secret …
A dragon once chewed her up and spit her out.
She hides the old scars covering her body through shapeshifting.
But the time for hiding is over.
AUTHOR’S NOTE: This YA Epic Sword & Sorcery Fantasy series is written for adults but appropriate for ages 14 and up. This book is Book 1 in the Dragonslayer series but can also be read as a standalone novel.
Author Resa Nelson: What makes this book Noblebright?

Many years ago – in the days before sexual harassment laws were in place and companies actually complied with them – I was propositioned by an executive at my day job at that time. I was mortified because he was a married man who had two young children. Because he was at the top of the hierarchy and I was at the bottom, I had no real options except to put up a strong boundary and refuse his advances. I knew women who spoke up were blamed, and experienced this myself a few years later when a more serious incident happened.

So I poured my feelings and experience into an epic fantasy story about Astrid, a female blacksmith whose dragonslayer sweetheart goes missing. When a new dragonslayer from another land propositions her and threatens to leave her entire village at risk to attacks by dragons if she doesn’t do what he says, Astrid must figure out how to protect her people and herself. This story expanded into a series, where Astrid faces greater threats against the people in her village, her country, and ultimately the entire world. 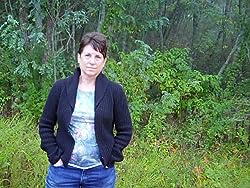 Resa Nelson is a long-time member of SFWA (Science Fiction Writers of America) and a graduate of the Clarion Science Fiction and Fantasy Writers’ Workshop.
Resa writes fantasy and mystery/thriller novels about women who are strong, smart, and courageous. Her characters are everyday people faced by overwhelming problems that threaten to destroy the existence they know.

In the spirit of the classic fantasy of Tolkien, Terry Pratchett and Brandon Sanderson, authors of Noblebright Fantasy all around the world have come together in this E-book giveaway. With stories that are uplifting and full of hope, and heroes who strive for goodness and fight to save their worlds, Heroes and Swords will transport readers back to the glory of heroic fantasies, fabulous quests and characters full of charisma and courage.

One thought on “Heroes and Swords Collection: The Dragonslayer’s Sword + Giveaway”