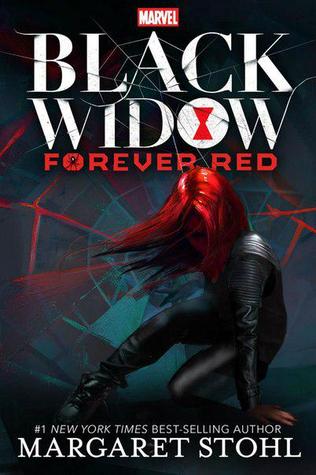 Black Widow: Forever Red: Natasha Romanoff —Black Widow— is a former Red Room assassin as well as a highly decorative S.H.I.E.L.D. agent, and she has her eye on a certain target. Rumor has it that this said target is using children for his own strange experiments and wiping their minds to be trained killers. Eight years ago, Natasha has seen to it that Ivan Somodorov’s plans fell to the ground and rescued a little girl from his clutches in the process. Presently, Ivan is now back from the grave and is bringing the fight back to Natasha. Ava Orlova, daughter of a Russian quantum physicist and one of Ivan’s experiments, has been in hiding for eight years from Ivan’s men. When Ava was just a little girl in Odessa, she was rescued by Black Widow from Ivan’s latest experiment and taken in by S.H.I.E.L.D. to keep her safe. Homeless and alone, Ava is currently living in the basement of the Y in New York, and wants nothing to so with the woman who wears black and the man with the eyes of a demon. But Ivan won’t be ignored, and it’s up to Nat, Ava, and a new stranger to vanquish Ivan’s web of killers.

Review: Please, Marvel, make this a movie! This book is cinematically action-packed! I loved this book so much, and the characters were equally amazing and sarcastic as the ones in the movies. The onscreen Black Widow was perfectly envisioned in Margaret Stohl’s world, and all the new characters would have a great place in Marvel’s Cinematic Universe too. I just wished Loki would pop in and be like, “Here I am, now bow down.” I would have passed out if this happened, no joke. Same goes for Bucky, just putting him in this world would’ve been awesome. Also I would have loved it if Stan Lee made one of his legendary cameos in the book. But enough of that, let me break this book down into review form. My copy had typos, I caught a few quotation marks where they shouldn’t be (when the characters weren’t talking) and somehow I found a spot where the first A in Ava was missing, so it looked liked va. I didn’t catch anything else. The world building was spectacular! I couldn’t have imagined how hard it was to write those scenes in Odessa and Istanbul, and the constant Russian translations would have been difficult too. Kudos to you Stohl. The plot was very well thought out, I was on the edge of my seat most of the time, the other half of the time I was pacing the room because I was lost in thought as to what would come next. It did take me a week to finish this book, just because of class, so the excitement toned down when I was in about 40% of the book. But after picking it up again I was reemerged in the story and lost between the lines. I highly recommend this book to Marvel and non-Marvel fans, I really think y’all would enjoy this.

More: I recently bought the next book so I’ll be reading that sometime too. 😀 Here‘s the link to Margaret Stohl’s webpage if you want to check out her other books. If you enjoyed this review then hit that Like button. Also I’m totally cool with you following me, so hit that Follow button as well! I’ll be back again!